An audience with Letlapa Mphahlele

Letlapa Mphahlele, former commander of the South African liberation army APLA during apartheid, invites you to join him in the exploration of ‘Shared Humanity’.

Discussing what unites us as human beings beyond different cultures and beliefs, Letlapa will share his own incredible journey from ordering high profile retaliatory massacres on white civilians to seeing the whole of humanity as “my people”.

Letlapa’s story is told in the award-winning film Beyond Forgiving, and the documentary’s executive producer Howard Grace will also be in attendance.

Beyond Forgiving depicts the journey of two South Africans to bring healing and reconciliation to their country post-Apartheid. Ginn Fourie and Letlapa Mphalele form an unlikely pair: a black atheist man and a white Christian woman.

All are welcome to join Letlapa for what promises to be an inspiring discussion. 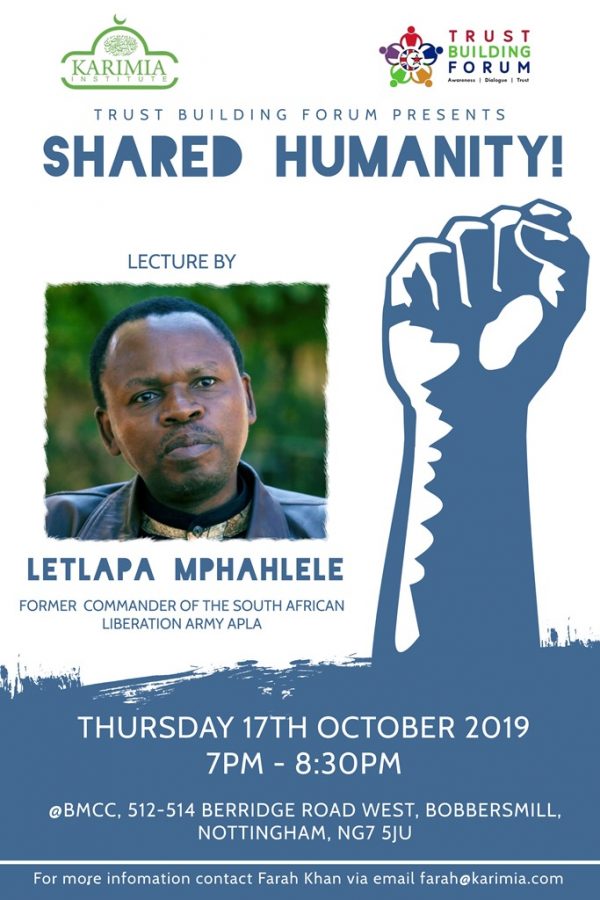